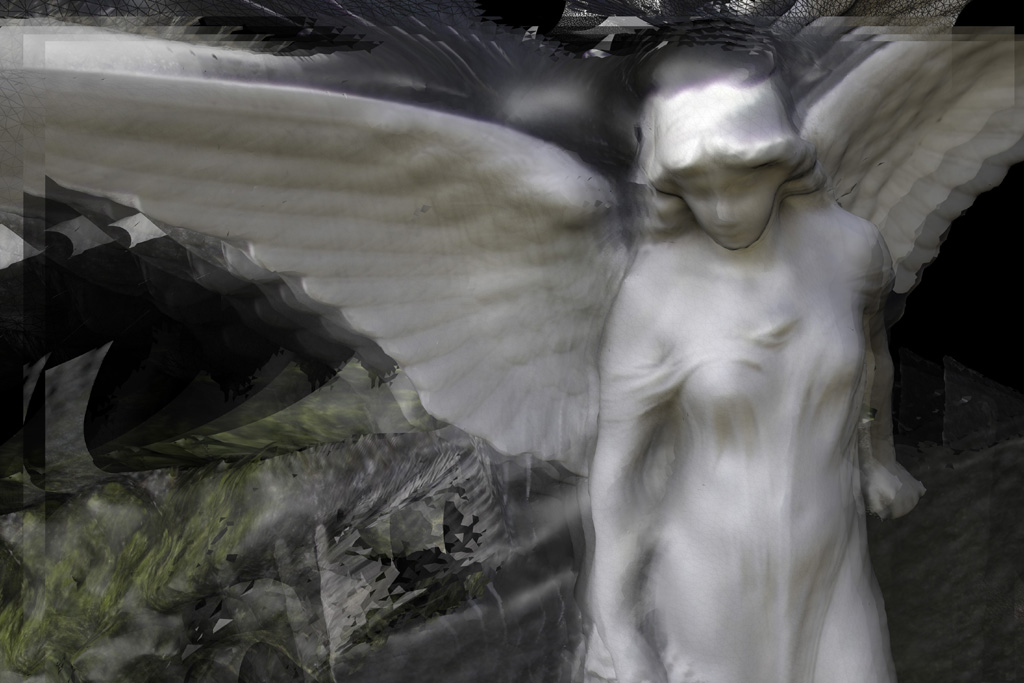 GHOST – MEMORY DECONSTRUCTED is a project by Berlin based photographer and artist JENS KNAPPE about a place and the concept of memory.

The INVALIDENFRIEDHOF (Invalid’s Cemetery) in the Mitte district of Berlin has become some sort of tourist attraction lately, but one shouldn’t expect anything like the glorious burial grounds of great spirits of the past such as Père Lachaise in Paris or Highgate in London. In fact, if you look for the graves of notables from the field of Germanic literature, arts or science, you will find them not a mile away at the Französischer Friedhof.

Still the Invalidenfriedhof is a very exceptional and special place: It is pretty unique in the sense that you see groups of tourists on bicycles driving on its paths, people playing there with their dogs or even celebrating their birthdays and other festivities on what seem meadows, but really are fields of graves.

People dancing on graves – this is quite a catching and fitting image of the city of Berlin, the strange capital of Germany: With an at times impious and respectless treatment of the past, but always with a strong pull towards the vibrancy and intensity of the momentum of life.

Established in the mid 18th century as a burial ground for war veterans, this site became the preferred cemetery for all those famous Prussian warriors whose names Berliners‘ know from some of the city’s arterial roads and squares, like Scharnhorst, Witzleben, Wittenberg or Winterfeldt. The usage remained mainly military also during the First World War and during the Nazi period the Invalidenfriedhof became a favourite place of the regime’s celebration of the Prussian heritage and the heroes of Nazism and war. At the end of World War II the Invalidenfriedhof had not only become the final resting place of the infamous main architect of the Holocaust, Reinhard Heydrich, as well as some of  the main conspirators of the German military elite against Hitler around Claus Schenk von Stauffenberg, but also the mass burial ground for an uncounted numer of anonymous victims of the Allied air raids on the city at the end of the war.

In a way it was fitting that the military Invalidenfriedhof was among those places in Berlin where the war lastet the longest and the fight was most brutal and bloody. In fact some of the last battles and fights of the Second World War in Europe took place here, traces of which even today can be witnessed by a large number of bulletholes on gravestones and walls on the site. Numerous child soldiers lost their young lifes here, coerced to fight in a ridiculously futile and uneven battle by the dying Nazi regime.

History and fate took another crazy twist after the war with the division of the city between the antagonist superpowers and the upcoming Cold War. The Invalidenfriedhof was right at the new borderline between East and West and a portion of it even became part of the Berlin Wall complex. In the following decades large parts of the cemetery were destroyed, tombstones removed and grave fields flattened. The site was also closed to the public by the GDR authorities due to the vicinity to the border.

What was found after the Wall came down only was a ruin of what used to be there. Today, more than a quarter of a century later, a lot of restauration work has been done, but still the entire cemetery as a result of its partwise destruction has the character of a public park rather than a cemetery. It is not a beauty, but at times a mystical, even magical place. A place for the dead, as well as the living.

Some of the old tombstones and sculptures of the 18th and 19th century have been restored. After their destruction they have been recreated into an entirely different place and context. This is what I find mesmerizingly fascinating.

As a photographer, I always felt it took a special approach to create images which captured the spirit of this place. Another structure or layer was necessary to transfer the existing structures into some kind of intermediary space and to recreate them in a context which fit the place.

As a result, I captured some of those sculptures whose meaning had strikingly changed in the course of the centuries by methods of three-dimensional reverse engineering. Later I recreated the data thereby obtained into new forms and imagery.

This process of deconstruction has resulted in the series of images GHOST – MEMORY DECONSTRUCTED. Parts of the images have meanwhile been exhibited at the ICA in London and a limited and handsigned edition is available for sale (single prints as well as the entire series). 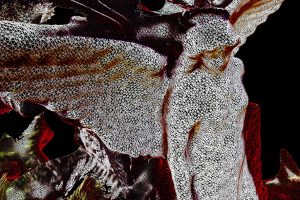 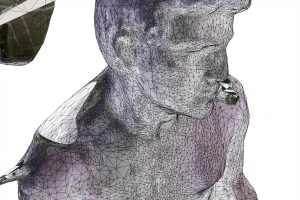 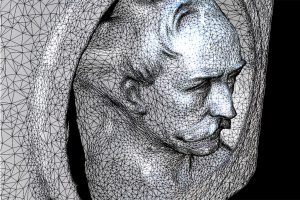 Prices and modalities of acquisition upon request.